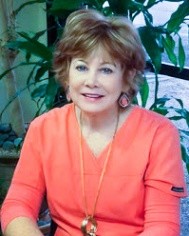 Dr. Lane moved to San Antonio in 1970 after her father retired from the Air Force as a pilot. She earned a Bachelor’s degree in nursing in 1975 and spent many years as an emergency room nurse, as well as becoming a flight trauma nurse on a helicopter with a large county hospital.

She earned her Doctorate of Dental Surgery from the nationally acclaimed University of Texas Health Science Center in San Antonio in 1991. She opened her practice in 1993. She was married to a custom furniture designer for 20 years until he passed away in 2015.

Dr. Lane’s pastime is spent with her large menagerie of dogs, cats, and a parrot. She has been a lifelong animal lover and has rescued many to her credit. She also grew up riding horses and still enjoys it. She is a member of the San Antonio Polo Club where she enjoyed playing amateur polo. She recently took up ballroom dance lessons and is thoroughly enjoying herself.

She has an extended family of a sister and nieces and nephews in Albuquerque and Denver and scoots over to visit whenever possible.